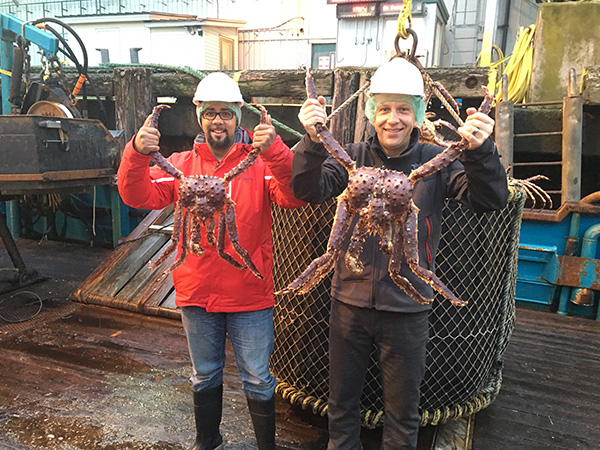 Two of our regional chefs, Mike Denton and Jamie Kline, just returned from Alaska with the first Dutch Harbor Red King Crab catch of the year. Ocean Prime is on the short list of restaurants to have access to the first catch of the season – most restaurants won’t be receiving their orders until next week or later – ours is available at all Ocean Prime locations beginning today! The Alaska King Crab season won’t officially be open until tomorrow, which means the rest of the catch won’t reach Dutch Harbor for another few weeks. 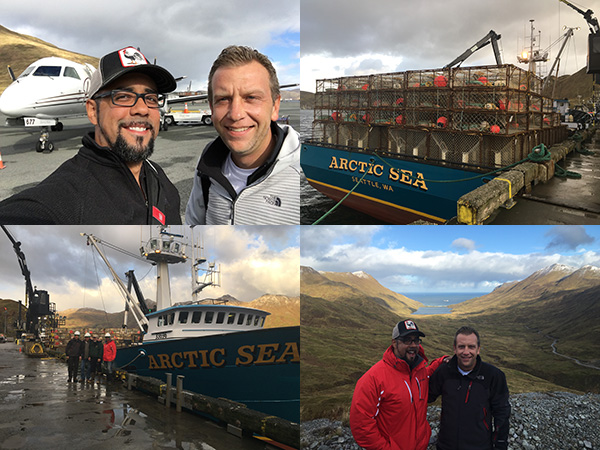 The crab you’ll be enjoying at Ocean Prime beginning today was caught by a ship called the Arctic Sea, skippered by Norwegian Captain Owen Kvinge. Aboard this first boat of the season were several officials and biologist from the Alaska Department of Fish and Game who are measuring, inspecting and gathering other important data about the crabs caught on the excursion. Our chefs were fortunate enough to greet Captain Owen after his first catch of the year where they hand-selected the crab that has been shipped on small private cargo planes directly to all Ocean Prime locations!

Dutch Harbor Red King Crab is the most prized species of crab in the world, and for good reason. These enormous crab legs are a decadent treat that is only available for a limited time. Make your reservation now to enjoy a rare delicacy while it lasts!