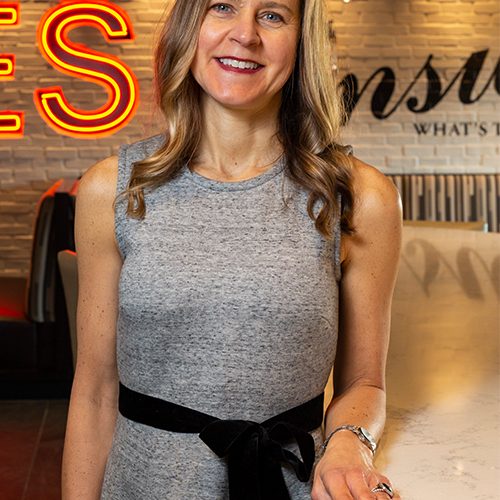 Diane Smullen serves as an advisor to Cameron Mitchell Restaurant’s executive team by providing strategic guidance on corporate affairs and investor relations for the company.

Prior to her role as an advisor, Smullen was the vice president of corporate affairs and previously served as chief financial officer where she oversaw all accounting and finances within the company. In addition, over her 20 + year tenure with CMR, her role evolved, allowing Smullen to touch various business functions including human resources/associate retention, information technologies (IT), business insurance, the CMR website and associate benefits.

Smullen grew up in the restaurant business, gaining significant hospitality financial experience from an early age, and she has proven to be an extremely valuable asset to the CMR team. In 2017, Smullen was awarded the prestigious Cameron Mitchell Leadership Award, which is given to an associate who demonstrates outstanding service to the company.

Prior to joining CMR, she served as controller of Herbert’s Powder Coatings, Inc., a multi-national company previously located in Hilliard, Ohio. She also was an accountant with Deloitte & Touche, LLP, in Columbus, Ohio, where she performed auditing services for hospitality, manufacturing and distribution companies.

A native of Pittsburgh, Pennsylvania, Smullen made her way to Ohio when she attended Ohio University. After college, she moved to Columbus and has been invested in the growth and advancement of the community ever since. Smullen currently serves on the Board of Trustees of Ohio University and is involved in Columbus Komen’s Race for the Cure.

She resides in Worthington, Ohio with her husband, Tim, and their three daughters, Rosalie, Alaina and Gabrielle.