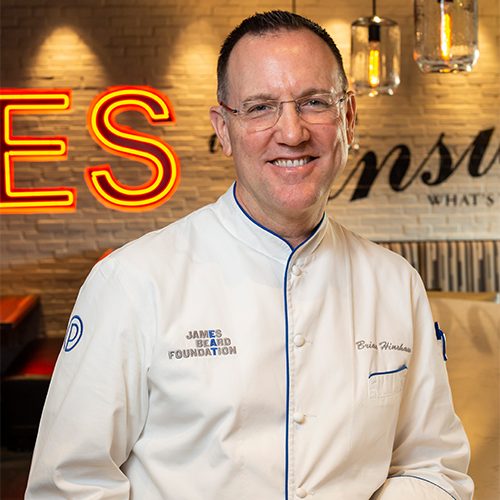 Brian Hinshaw is the senior vice president of food & beverage and executive corporate chef at Cameron Mitchell Restaurants (CMR). In this role, Hinshaw manages a wide variety of culinary aspects across CMR concepts – from hiring new chefs and motivating all food and beverage associates to ensuring consistency in food quality across restaurant concepts.

Hinshaw is among the most talented and accomplished chefs in Columbus, Ohio. His culinary experience spans nearly three decades and he has worked in the renowned kitchens of food destination cities across the country such as San Francisco, Los Angeles and Chicago. Hinshaw is recognized and respected for his creative cuisine, attention to detail and his dedication to training and mentoring aspiring culinarians.

While studying at Columbus State, Hinshaw was Chef Apprentice to the 13th top Master Chef in the Country – and the only Master Chef in Ohio – Chef Harmut Handke. Hinshaw’s tenure at CMR began in May 1999 when he was hired as executive sous chef at Mitchell’s Ocean Club. He quickly became executive chef of Ocean Club, then Molly Woo’s and M before being promoted to regional chef in 2006, vice president of culinary development in 2009, ultimately transitioning into his current position as senior vice president of food and beverage in 2016.

Working with great people, creating new concepts and opening new restaurants are the aspects Hinshaw really enjoys about his career at CMR. He is known for keeping CMR on the cutting edge of new and unique food trends – from playing a pivotal role in the ideation and development of the soon-to-open Budd Dairy Food Hall in Columbus to consistently taking a fresh look at the brand’s cocktail program and food menus.

Hinshaw received his degree in Culinary Arts from Columbus State. His favorite CMR dishes are the Surf-n-Turf Roll and French Fries at M. When he hangs up his chef coat for the day, he enjoys working out and playing guitar. 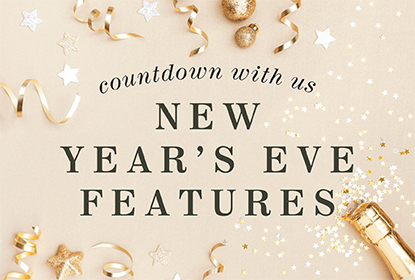