The beautiful and historic James Beard House, located on West 12th Street in New York City’s charming Greenwich Village, provided the perfect backdrop for the elegant dinner. James Beard was a renowned American chef, cookbook author and teacher. He helped educate and mentor generations of professional chefs. Today, the James Beard Foundation continues his legacy by celebrating and honoring chefs making America’s food culture more delicious, diverse and sustainable for everyone. The townhouse was James Beard’s primary residence prior to his death in 1985 and has since been artfully converted for top-notch dining experiences such as this. 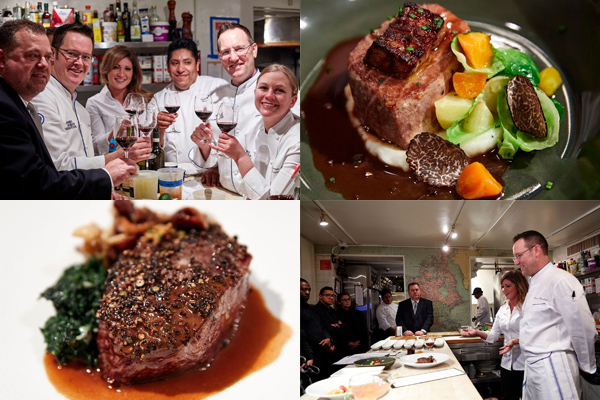 At 7:30pm, 85 guests who traveled from near and far were seated across three levels of the four-story townhouse. Director of James Beard House Programming Izabela Wojcik introduced Cameron Mitchell, who spoke briefly about what an honor it was to host a dinner at the James Beard House, followed by Valentine, who described the wines that would be served alongside each course.

Dinner was then served, and guests were treated to the following: 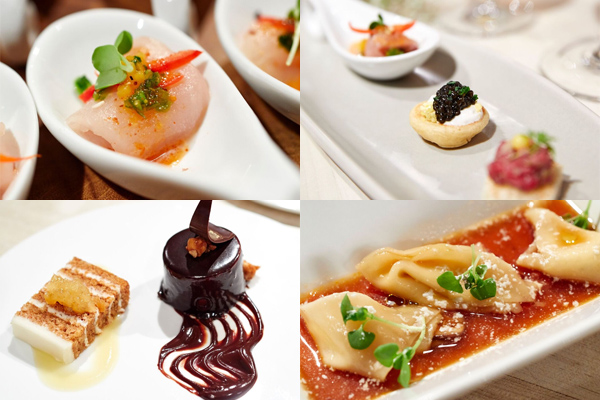 A not-so-secret after party followed at Ocean Prime New York and nearly everyone in attendance joined in on the celebrations of a job well done!

From menu development to media outreach, preparation for the five-course dinner took nearly a year and involved many instrumental individuals. In addition to Hinshaw, the culinary team included the talents of Regional Chefs Jamie Kline and Ian Rough, Ocean Prime New York Executive Chef Eugenio Reyes, as well as Executive Pastry Chef Summer Schott. Cameron Mitchell Restaurants fans who were not able to attend the sold-out dinner were able to watch the preparations on Instagram stories and in real-time through the live kitchen camera at the James Beard House and through Facebook Live. The dinner was truly a once-in-a-lifetime experience that everyone involved will cherish for years to come.