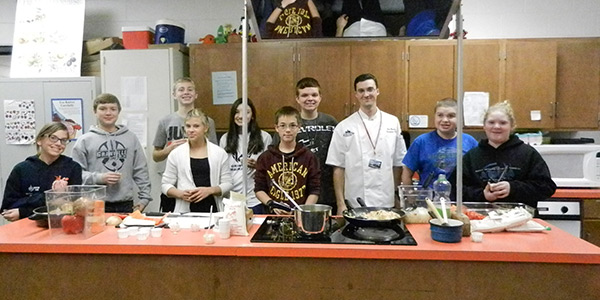 As the contest winner, Sydney also represented Ohio at a Kids’ “State Dinner” at the White House hosted by First Lady Michelle Obama, Sydney and Dan prepared her dish for a segment on Columbus’ 10TV and her dish was served at Cap City in August and September with a portion of the proceeds benefiting her charity of choice, Nationwide Children’s Hospital Neonatal Intensive Care unit.