Cris Dehlavi, Bar Chef at M at Miranova, recently had the honor of judging the Midwest Melee competition at Paris of the Plains Festival (POPFEST). 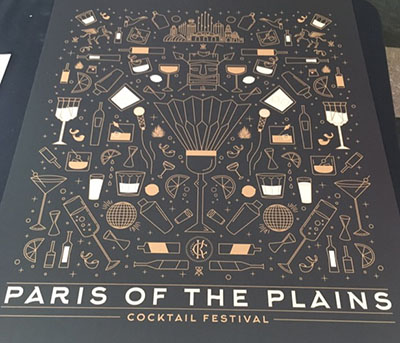 The Midwest Melee competition involves five teams from different states competing for the first-place title. Not only must these teams come up with four brilliant cocktails, but they must also come up with a theme involving costumes and decorations.

Cris was one of three judges for this event. She judged alongside Mike Ryan, the Director of Bars for Kimpton Hotels. He is the former beverage director of Sable in Chicago and a fellow apprentice of Tales of the Cocktails. The other judge, Charles Joly, is a world-famous bartender and the former beverage director of The Aviary in Chicago. In 2015, he won the World Class international competition, dubbing him possibly the most famous bartender in the world. Cris admits that while she considers Charles a good friend, she is still star struck by him. She felt honored to be flown out to POPFEST to judge alongside such greats in the industry. 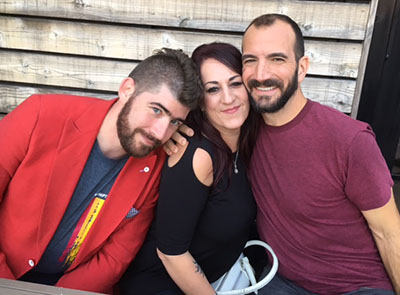 The Midwest Melee saw a fierce competition between bartenders from Kansas City, Oklahoma City, St. Lois, North Dakota, and Arkansas, with Oklahoma City taking home the title. The team stuck to their roots and showcased their talent through the theme of Oklahoma! the musical. They included elaborate backdrops and costumes and used mostly local ingredients.

Cris was amazed by how much effort and detail the participants went through. She imagines each team having to travel in with trucks pull of props and ingredients, making sure to go all out and represent their hometowns and home states. What she found so cool about this competition is the fact that these teams were not from major, well-known markets such as Chicago, New York City, or San Francisco. It showcased the talent of smaller markets in the Midwest with just as much talent and dedication.

Cris’ adventures do not stop there. In November, she will be attending the Athens Bar Show in Athens, Greece to present a seminar focusing on women in the industry, equality, and mentorship.